How do I force vim to highlight the following environment:

the same way as 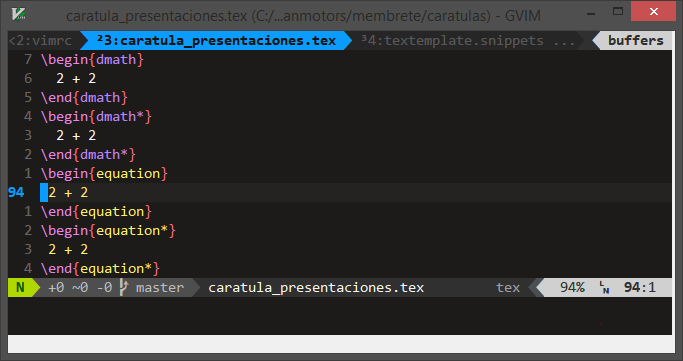 I pasted your question into Vim, :setf tex, and then used the SyntaxAttr.vim – Show syntax highlighting attributes of character under cursor plugin to find out that the corresponding syntax group name is texMathZoneES.

Then I opened $VIMRUNTIME/syntax/tex.vim and searched for it. I didn’t find that directly, but something like this:

Then I looked up :help ft-tex-syntax (completed from the command-line via <C-D>), and found under :help tex-math a nice documentation. With that, I created the following solution:

You can put that into ~/.vim/after/syntax/tex.vim, as suggested, to make it permanent. Easy, isn’t it?!